The RJO has been playing at festivals, events, parties, folk, blues & acoustic clubs, pubs, cafes & bars since 1999, mainly around the Welsh borders, the Midlands, South Wales, Bath & Bristol and in their own home patch of Gloucestershire.

"Born on Beale Street - raised in the Forest, these guys do it right!" Queens Head, Monmouth

"This group deliver authentic blues in their own inimitable fashion...a real treat!"

“exceptional musicians with a talent to entertain…” Islwyn Acoustic Club

John has been playing music since a 'friend' convinced him at a young age that just blowing in a jug would bring wine, women and wealth. He still harbours secret hopes of this, although the wine has never seemed to be a problem. Fully recovered from taking a career too seriously, he spends an unhealthy amount of time playing his instruments and putting on his blue anorak to research African American Music.

Alan spent his formative years playing clarinet in amateur orchestras before falling for the delusion that playing the guitar was better for picking up girls. After years in the barren wasteland of business he returned to music as a means of solace, if not financial support. He has played a wide variety of musical styles over the years and will turn his hand to anything except Country & Western, which he says leaves a nasty taint on his guitar.

"We went down to the crossroads at midnight, but only George Formby showed up" 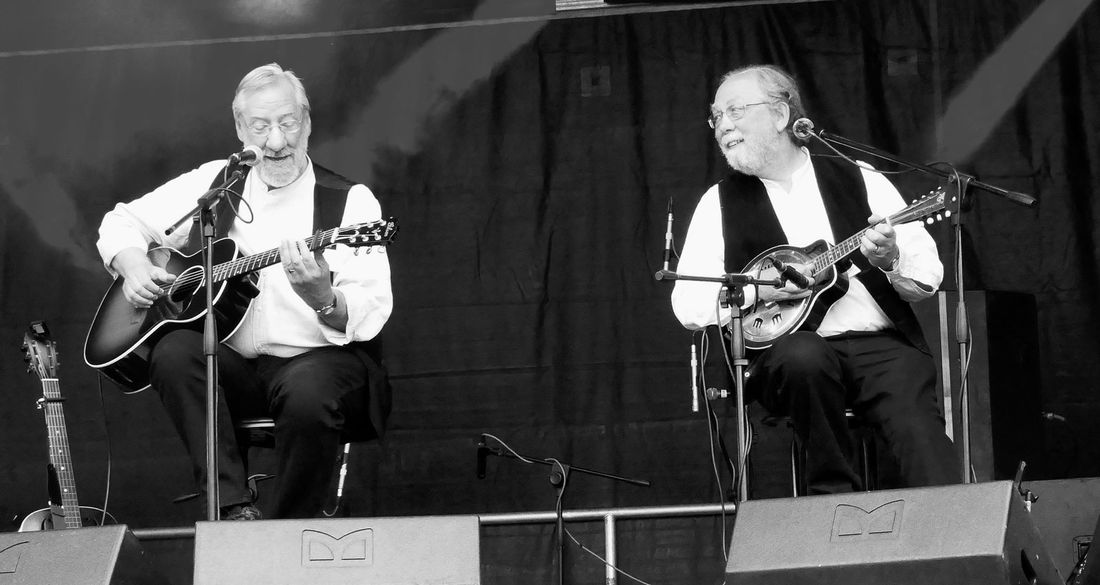